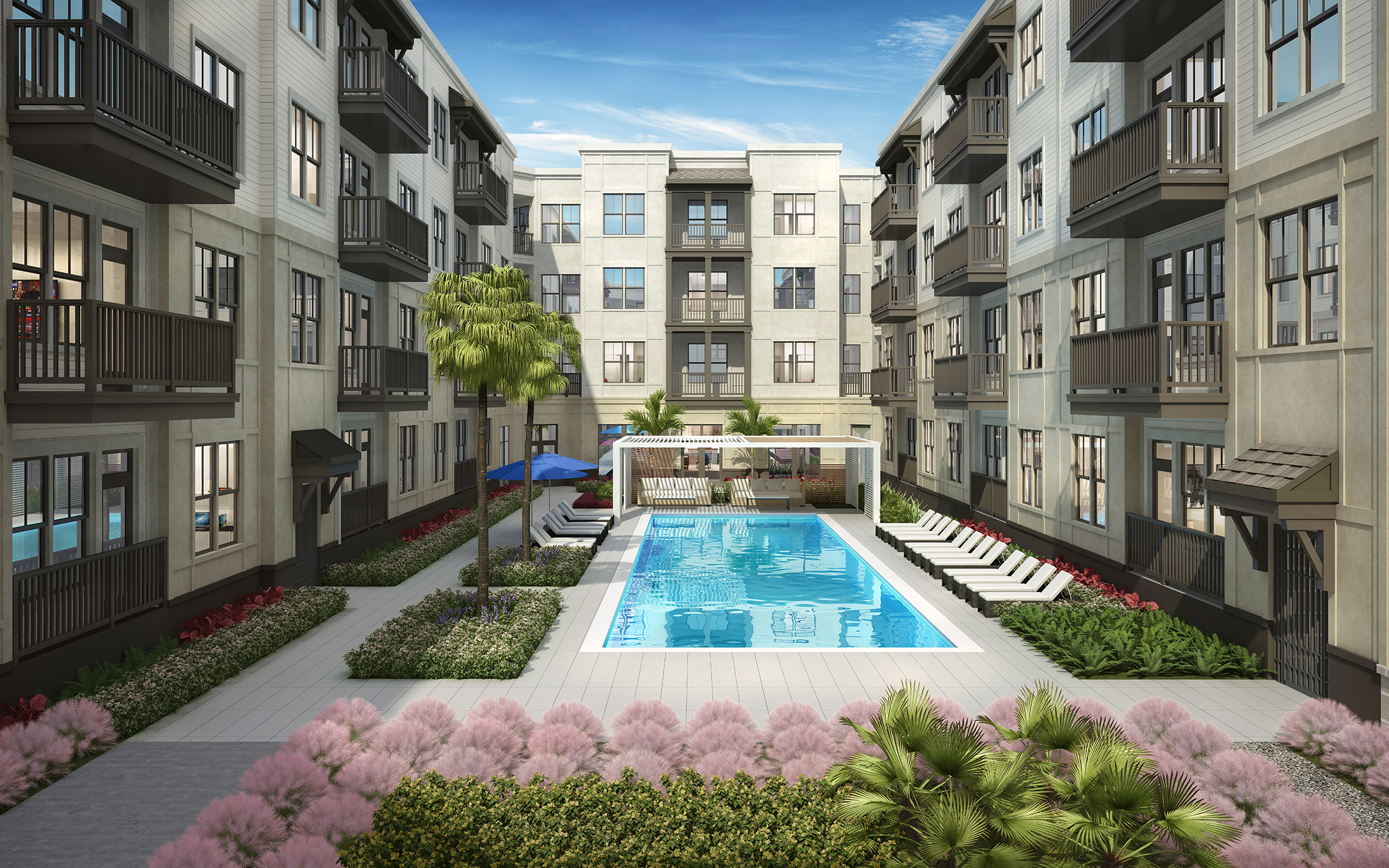 While the biggest developments in Florida’s third largest city — Water Street Tampa, Midtown, and the Westshore Marina District — tend to get more attention and publicity, a whole lot of smaller investments are taking place in the city’s older, more established neighborhoods.

Take North Hyde Park. Within the re-emerging neighborhood situated west of Willow Avenue to Armenia Avenue, between Interstate 275 and Kennedy Boulevard, new establishments are rapidly opening and renovations are underway block by block, building by building.

North Hyde Park’s relatively central location next to the University of Tampa is close enough to easily travel to downtown, trendy South Howard Avenue, and scenic Bayshore Boulevard by bicycle or on foot, making it a hot spot for investors as new apartments and single-family homes, shops, restaurants, other small businesses (and the jobs that come with all of them) transform the neighborhood into a place where people can access almost everything they might need on a daily basis.

“We want to see everyone in this area rise,” says Carlos Ramirez, secretary at the North Hyde Park Alliance and representative on the West Tampa CRA Community advisory committee. “Just like a friend of mine says ‘rising tides lifts all boats’.’’

To give you a better idea of what he’s talking about, below are 8 places or projects in North Hyde Park that you may not know exist but you may want to get to know. Check ‘em out!

Tampa residents know that when it rains, it often pours here, causing temporary flooding in low-lying areas of the city. The Southwest Florida Water Management District and the City of Tampa are working to fix that by funding this $33 million project to design and reconstruct approximately 7,300 linear feet of box culvert, laterals, inlets, and interconnections to the existing stormwater system on West Cass Street, North Rome Avenue, West Gray Street and the surrounding area.

They’re incorporating “green” solutions to the stormwater infrastructure,  replacing existing potable water lines with a new 36-inch water transmission main. In the completion of this project, the goal is to reduce flooding in residential and commercial areas making it better for all the new developments and plans that will create the foundation for what is to come for North Hyde Park.

Planning to open their doors to first move-ins this July and complete all construction by the end of 2021, RangeWater brings their third project into North Hyde Park with the new Gray Apartments. Previous projects include NOHO Flats and Havana Square.

The complex will offer a retail convenience store, Duckweed Urban Grocery, and 226 residential units with one bedroom units starting at around $1,500 a month and two bedrooms going for $2,200 per month. The Gray will feature a centrally located parking deck and two attached four-story buildings designed with center courtyards that include pools and firepits, a fitness club, a package locker system, and a lounge area.

“This will help finish off the streetscape around that block and completely connect all three communities that RangeWater has developed in North Hyde Park, which was my personal goal when we started developing up there in 2011,” says Anthony Everett, Director of Development, Central Florida.

Residents will be offered a variety of social events as RangeWater continues partnerships started at NOHO Flats and Havana Square. “At RangeWater, our commitment to our residents is unmatched,” Everett says.

Brant Peterson, Workhouse Founder and President of the North Hyde Park Alliance, was behind the renovation of this old carpet company’s building into what is now known as Workhouse. Its mural created by Pep Rally Studios helps it standout in this neighborhood.

The facility offers affordable space rental options for  startups and entrepreneurs. Peterson has been very involved in the startup community in Tampa and began seeing a pattern that would hinder a company’s progression.

“I kept running into conversations with a number of Founders involved in various incubator/accelerator programs: ‘What do you do after?’ ” Peterson says. “Ideally, as a startup you incubate, accelerate, and then eventually outgrow and move on. The issue was where?”

Workhouse is a two-floor building featuring small offices, shared space and collaboration areas, and executive suites. If you’re interested in renting space, you can call Peterson directly at (813) 751-5858 or reach out through their website. A second location is in the works for Workhouse South of Gandy.

Merrin Jenkins and Nate Siegel met through a mutual friend and decided to open up Willa’s, a restaurant inspired by their favorite cafes and neighborhood spots in New York City. The restaurant opened in March of 2021 and Willa’s Provisions, a separate coffee shop attached to their restaurant, soon followed.

Willa’s Chef Zakari Davila and the rest of the kitchen team craft together their menu making nearly every item from scratch.

“Our house specialty is the rotisserie chicken. It’s an all-natural, free-range, Amish-raised bird that is spit-roasted in our own rotisserie oven and then topped with fresh salsa verde,” says co-Owner Merrin Jenkins. “It’s the most tender, juicy chicken in Tampa!” Additionally, Willa’s offers veggie sides, salads, and more.

The restaurant currently serves dinner Wednesday through Sunday, 5-10 p.m. Originally a dilapidated warehouse, the team came together to craft the old building into what it is today.

“It had great bones and a perfect location in the middle of this neighborhood with so many great people who needed a simple place to hang out,” Jenkins says. “It’s basically a brand-new building inside of an old building.” Focusing on fulfilling a positive workplace culture, they believe that this is what will be their competitive edge within Tampa’s booming restaurant industry.

The first phase of these brand-new apartments coming to North Hyde Park, the Foundry NoHo, are anticipated to open in November or December of 2021. The complex will feature 192 market-rate residences, and a 6,400-square-foot, two-level clubhouse with a main lobby area, state-of-the-art fitness center, lounge seating, multiple work from home stations throughout, billiards, ping pong, a yoga studio, conference room, a fenced pet park and pet washroom, etc. There will also be a garden courtyard, pool, and spa.

“From day one as a resident, you have access to hundreds of perks partners,” says Kristen Gucwa Fuechslin, Executive VP of Marketing for the Richman Group. “We focus a lot on lifestyle. We know a lot of people expect a lot out of the communities they’re coming to, they want it to be a much more social environment.”

The group puts together an extensive number of events year-round to keep their residents happy. “We really listen to our residents and what type of events they’re looking for… we want to keep our residents for life.”

Rental rates will be established as the complex gets closer to opening.

Psomi (pronounced “so-mi”), a Greek word, is a bakery and eatery that was brought to North Hyde Park back in November of 2019. Psomi, which translates to “bread,” is driven by the concept of philoxenia, the art of making a stranger a friend, driving their effort of creating a “cuisine fit for the gods and the hospitality of Yiayia’s home — a place you never want to leave.”

This Greek American bakery has both booth and table seating for you to enjoy your treats while surrounded by huge photos of Greece that can transport your mind to that beautiful country. The restaurant offers multiple menus featuring their drinks, breakfast and lunch, weekend brunch specials, and sweet treats.

Some dishes on their breakfast and lunch menu include octopus ceviche, Greek dip, strapatsada, and lamb burger. Some desserts featured on their sweet treats are their Valrhona truffle trio, bougatsa macaroon, baklava panna cotta, cookie panna cotta, and more.

Serving global cuisine with modern American touches, Rome + Fig Global Bistro opened in North Hyde Park in July of 2020. Owner/General Manager Eric Zostant has over 20 years of experience in the restaurant industry. Owner/Assistant General Manager Kristine Zostant has over 15 years of experience. And their Executive Chef, Rob Scott, is a Tampa native whose been working in local kitchens for almost 30 years. Together, they present delicious, hand-crafted dishes showcasing their extensive experience and passion.

Kristin says they chose the North Hyde Park location because the up-and-coming neighborhood would be the perfect place to start a new business.

“When we first looked at our current location, it was an empty lot. Over the course of two years, the shell was built, and [then] we built out the space to what it is now,” Eric Zostant says. “We describe our décor as rustic coastal chic.”

“Our two most popular entrees (and my favorites) are the Scallops and the Lamb Chops & Loin,” Eric Zostant says. “We wanted to serve food that is high-quality and delicious, as well as unique and beautiful.” The Rome + Fig owners say they work to make your dining experience feel as though you’re at a dinner party surrounded by all your friends.

You can top off your exquisite meal with any of their desserts, choosing from their NY Style Cheesecake or Skillet Blondie Sundae and more. Due to construction underway from Tampa’s Stormwater Improvements Project, getting there can be more difficult. Directions amidst the roadwork can be found on their website.

Ever since he was 16, Travis Kaiser, now Owner/Operator of Santoro’s, has done a lot of work within the restaurant business (his first real job being at a pizzeria). After spending a few years working in law enforcement in New Jersey, where he’s originally from, he decided to move back to Tampa and take that passion that he’s always had for this industry and put his work out there. Kaiser opened Santoro’s Pizza on Feb. 1, 2021.

His New Jersey roots show through his menu. One of Santoro’s best sellers is their pork roll egg and cheese sandwich.

“It’s different, unique, staples, that otherwise you wouldn’t have down here, is our focus,” Kaiser says. “We do a sausage and pepper sandwich the same way we did it on the Boardwalk growing up. … People are reacting really well to that type of nostalgia.” The menu carries out the theme of a Boardwalk in the Jersey Shore fair.

“When I saw the space, it was almost like one of those things where I was like ‘this is the one’, ” Kaiser says. Being a UT alumni, he knew that the area lacked really good pizzerias and with its location near to downtown, he found North Hyde Park to be the perfect area to open up this shop.

What fuels his passion is his family. “Santoro is my oldest son, so we named the first pizzeria after him,” Kaiser says. “When we open up our second location it will be John Carlos after my youngest son.”

With a joint venture between Wingspan Development Group and ABC Capital Corp. the companies acquired this 1.9-acre site for $4,750,000. Construction for the new Jade Apartments began in the first quarter of 2020 and is slated to open in the fourth quarter of 2021. Being in North Hyde Park in Tampa provides a central location near many of the major office and recreation corridors such as Westshore, Downtown, Hyde Park, and Tampa Heights.

With its state-of-the-art technology, Jade Apartments is very much a ‘smart’ building, allowing residents to gain access into the building and their unit thorough their smart phone. Amenities include an outdoor space with a resort style swimming pool surrounded by cabanas and grilling stations, a pet spa, community kitchen, a lounge and coffee bar area, indoor/outdoor fitness center, and co-working offices.

“Our development also has 3,200 square feet of retail space and we are carefully curating the tenants to ensure they are a true amenity for our residents,” says Jason Macklin, Director of Development with Wingspan Development Group based in Illinois. “We are in the process of finalizing a lease with an exciting user that we’ll be announcing in the near future.”

Wingspan is also planning Niche at North Hyde Park, a six-story, 251-unit luxury apartment community, which will feature a selection of efficiency, studio, one, two, and three-bedroom units.